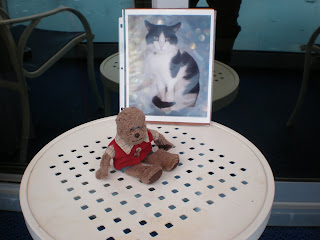 
Lppe slept in cuz it has been a tiring week for him.  Today he just wanted to sit on the balcony with my picture and watch the scenery go by.

He also had to be on the lookout for sea lions and sea otters because the captain announced every time one was spotted.


Unfortunately, because the peeps were standing on their balcony 12 decks up, when they tried to take pictures of the sea otter, they just looked like dots in the water.  So M found these pictures on the internet which shows how they pretty much looked to them.

Such cute little guys just floating on their backs in the water with their cute little paws sticking up in the air.  he he - silly guys. 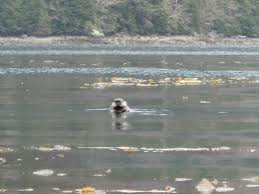 Their real picture didn't have any ice in the water, but otherwise looked something like this only much smaller.   It was hard to see that they were even sea otters, unless they were floating on their back with their paws up.

They did see pretty scenery tho: 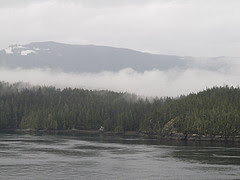 Lippe said mid afternoon sisfur and Sil invited him to go down to have a drink with them. .  ﻿  (shh - don't tell his mom back in Germany, but Lippe had a Pina Colada).  He thought it was really good too and wanted another.  Sisfur and SIL said one was enough. 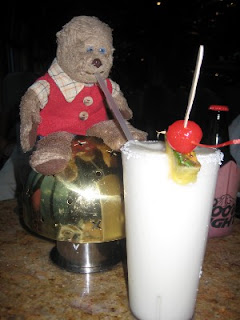 After dinner that night, Sisfur, SIL and D rushed off to visit the city of Victoria, Canada.  M stayed on ship because she was reaching the point where she was having trouble walking from one end of the ship to the other.     So, Mom and Lippe hung out in the room, and Lippe rode the elephant in the room.   he he - he said it was great fun too. 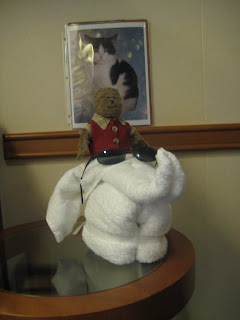 For some reason they didn't take many pictures in Victoria.  Guess they were too tired, it was getting late and getting too dark.  Here's a couple of random shots. 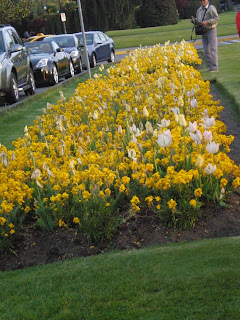 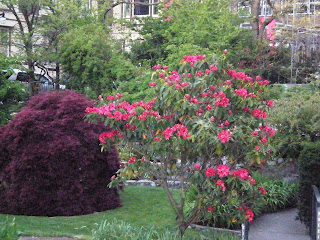 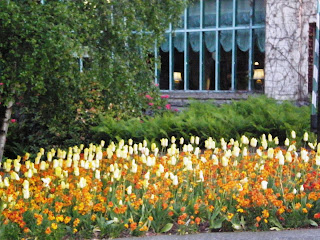 Lippe went to bed a little sad cuz tomorrow he gets packed up in the suitcase again  and his vacation is almost over.
Until tomorrow
Mario
Posted by Mariodacat at 6:53 AM

Don't be sad Lippi, you had one heck of an adventure!

I sure Lippe will be happy to go home again an haz grate memreez of hims faboolus vacayshunz.

Great pictures. We love Lippi riding the elephant. Bet that was fun for him. We have enjoyed going along with all of you. Take care.

Lippe had a lot of fun and adventure. He may not want to go back home. The pictures are beautiful. Too bad you couldn't go along also. I hope you get to spend some time with him before he travels on to his next destination.

Thank you for sharing the pictures with us. I think we're all living vicariously through Lippe. He gets to go all kinds of fantastic places that I'll never see.

What an excellent adventure Lippe had! And a beautiful trip for everyone, we read all your posts and enjoyed the descriptions and pictures. Aren't sea otters the cutest!